Last year, I suggested this approach to planning out your training for the upcoming year. Now at the start of 2018, that idea along with a couple philosophies are guiding my own plan for the next 12 months.

“Occam’s Razor,” when boiled down to its simplest level, states: “All things being equal, the simplest explanation is the best one.” The base of Occam’s Razor is—or should be—a decision between two equal theories, and deciding that the simplest is the best (but not necessarily perfect) explanation. As Dr. Suess said: “Sometimes the questions are complicated and the answers are simple.”

Please keep in mind that there are “anti-razor” philosophies. Karl Menger (an anti-razor scientist) stated: “Entities must not be reduced to the point of inadequacy.” I think Karl would like specialized variety in programming.

Thomas Aquinas, a 13th century philosopher, stated: “If a thing can be done adequately by means of one, it is superfluous to do it by means of several, for we observe that nature does not employ two instruments where one suffices.” Another nod to Occam’s Razor and recognizing carryover in training.

Putting this philosophical “stuff” into practice: that is the question or thought running through your head at the moment, yes? Let’s break it down by goals and timeframes.

My goals for the year

Sinister
SFL in May (see requirements here)
GFM in May
SFB in October
Survive my traveling and teaching schedule, including teaching SFG Level II in February and SFG Level I in June.

So, what does that all mean? I need to work on my overall goal of Sinister while preparing to teach the Level II in February and implementing some barbell work to prep for SFL in May. GFM in May will not require any special preparation. SFB in October is far enough off to not influence my training until after the SFL, and working toward Sinister will keep me pretty dialed-in for teaching the Level I in June. Easy peasy lemon squeezy!

Programming for Simple (and Sinister)

Since Sinister is the overarching goal for the year, I will begin with programming to reach Simple. This will hinge around 3 main practice sessions:

Prep: Foam roller and GFM
24kg Get-up+ x 1+1 (get-up+ includes an arm bar, bent arm bar and bridges at the elbow and hand on the way up)
24kg Half-Kneeling Windmill series x 1+1
32kg One-arm Swing x 5 reps every 30 seconds x 10 minutes (20 sets total)
rest one minute
32kg Get-up x 1 EMOTM x 10 minutes
Stretch
Increasing a rep each set and decreasing sets to keep volume around 100 total reps. Rep increases will be done when the session can be “easily” completed. After Simple is achieved, I will begin again with the 36kg for both swings and get-ups. (Rinse and repeat—just like shampoo.)

Once Simple is achieved, I will likely switch to 12 weeks of Strong Endurance plans with the 36kg.

Please note that I already incorporated what I need for preparing to teach the Level II SFG with the double kettlebell work and half-kneeling windmill series (which includes the half-kneeling bent press—if you don’t know what these are, see a Level II SFG Instructor). 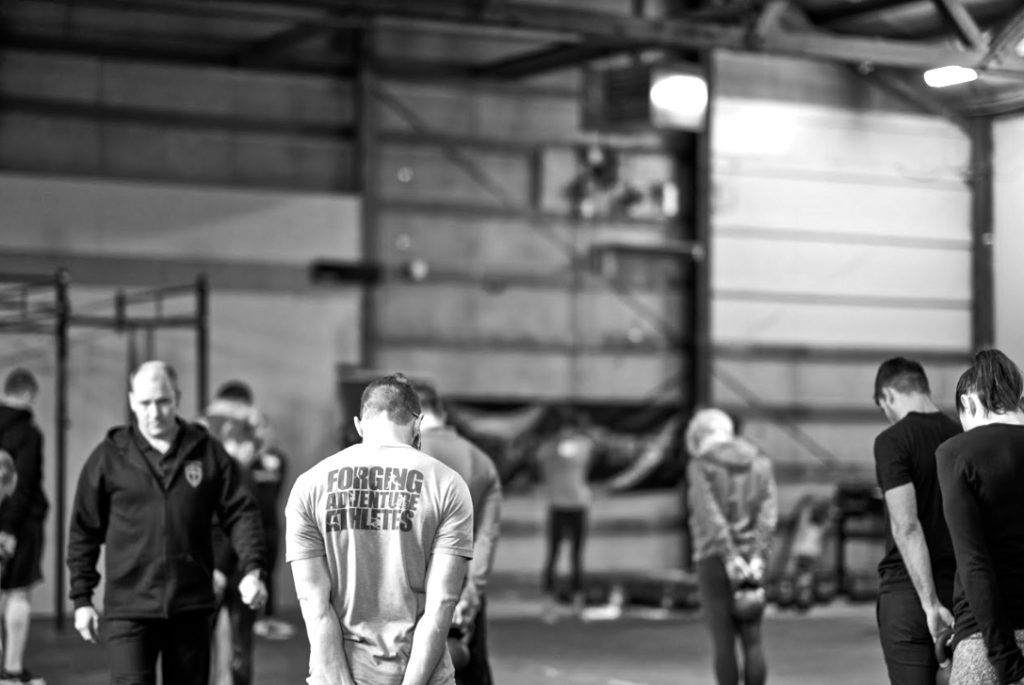 Programming the barbell work for SFL

In January, I will run a bit of testing to see where I am in relation to the SFL standards, but from a programming standpoint, below is an outline of the barbell work.

For each lift, I will work at a given weight until 5 reps x 3 sets is complete then increase weight and drop reps back to 3. Goal is to hit the 5 reps x 3 sets with the testing weights for the technique standards and 3 reps x 3 sets on the strength standards. Leaving no doubt.

Starting weights will be light.

Day One: Squat and MP

This takes me through May and the SFL. The simplest programming is the most direct toward the goal (Razor) which you can see in the Sinister programming. And includes the specialized variety needed for the different teaching requirements (Anti-razor). While using carryover instead of feeling the need to “train everything” (Aquinas). In fact, I may not train the DL every week since the swings provide significant carryover to my DL. Once the SFL is complete, I will drop the barbell work and simply incorporate some of the SFB exercises into the three main training days to shift focus toward October. Past October, the focus will be hitting Sinister.

“Everybody has a plan till they get punched in the mouth.”
—Mike Tyson

What is the enemy you may ask? Life, travel and work are my enemies. There will be weeks heavy with travel that will mean missed sessions and less than perfect sleep and nutrition. There will be months of “perfect” action on the plan. I need to be open to both and adjust as needed. Push when working more or harder makes sense, and backing off and adding rest days when needed.

Hopefully you enjoyed this “peak behind the curtain” with my planning for 2018. If you are surprised it isn’t more complicated, then, I am happy to surprise you and introduce some philosophy into your programming thoughts.

The post Sinister, Occam’s Razor, and 2018 appeared first on StrongFirst.