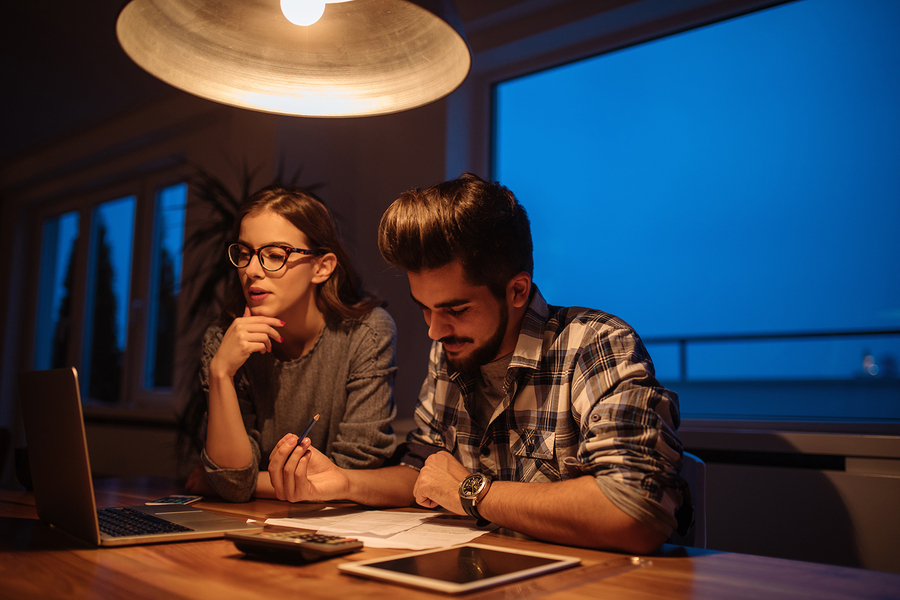 When my husband Josh and I launched our business Pagely in 2006, we had just been married a few months. We soon learned that coupling the demands of marriage with a brand new startup is exhausting—but it’s also rewarding if you commit to work together and push through all the growing pains.

Our business was founded on a simple idea that has developed into a major website hosting platform, but our success didn’t just materialize. It was dependent on communication and collaboration, which took us both a long time to grasp.

So how did we progress from ambitious newlyweds with an entrepreneurial dream, to co-owners running an established company? These five strategies helped Josh and me manage our business without neglecting our marriage—and they just might work for you and your spouse too.

1. Define the roles, but allow them to evolve

When we started our company, the process was both exciting and emotional. Most couples spend their first years together learning how to be married, but we were simultaneously figuring out how to be co-workers.

During this transition, our main source of conflict came from settling into our roles for each. In the beginning, we had clear designated roles which we rarely allowed to overlap. I started with marketing, billing, idea creation, process execution, and usability testing. Josh focused on technology, sales, taxes, payroll, and human resources.

Now, we take a more balanced approach and blend our responsibilities when we need to. It also helps that we now have a team that can help us make decisions and execute accordingly.

2. Make time to still connect with each other

While I never considered that working together might be detrimental to our marriage, when two people are passionate about success, it’s difficult to turn off that mindset. Our love for each other was easy, but owning a business was hard, so that’s where our focus would shift to—often at the expense of our relationship.

Even as seasoned business owners, it’s not uncommon for our conversation to jump from the kids’ swim class schedule to a Pagely marketing initiative, back to deciding what’s for dinner in the span of a few minutes. One of the major challenges has been to not allow the grind to drive us apart, but rather be intentional about connecting and meeting each other’s emotional needs outside of the business.

3. Keep a personal and professional balance

In the beginning, there was no delineation between our personal and professional lives. After we became parents, it became a clear priority for us to separate the two worlds. When our children were babies, I worked from home and hired someone to help. It was less expensive than daycare and allowed me to still be present while working.

Now, it’s all based on how we manage our schedules—shared activities, household functions, and family vacations are organized first, then work responsibilities flow around our personal lives. In the mornings, I start a load of laundry, make breakfast, and prepare the kids for school. When they leave, I turn my attention to the business agenda, but once they’re back home in the afternoon, it’s “mom time” again. Creating and sticking with a consistent routine is our foundational strategy for maintaining balance.

4. Capitalize on both individuals’ strengths

We’re both capable of handling many facets of the operation, but we each have unique strengths that we excel in. Knowing when to “own something” and when to keep our hands off is a learned behavior we deliberately practiced over time.

One method of figuring out strengths is discussing what each person enjoys doing. Then, divide up the tasks and routinely reevaluate as preferences change or creativity stagnates.

For instance, I don’t have Josh’s technical skills, but I’m excellent with structure, so I can turn abstract concepts into brainstorms that he’ll expand on. Also, because the tech space is male-dominated, Josh is better at networking and forming relationships.

5. Work toward a mutual trust and respect

I find the most efficient and thriving companies are backed by co-founders who share a goal, respect the partnership, listen to opposing visions and know when to respond with, “Let’s give your idea a try first.”

Trusting your co-founder’s motives decreases the risk of worry and doubt undermining your collaboration. Trust also extends to disagreements—we might have differing viewpoints on tackling a problem, but we’re confident each side has an equally valid position which makes the decision process smoother. Even if there are power struggles at times, as a married couple, “I give up” is not an option—there’s too much at stake.

As a married couple who also happen to be business partners, our worlds constantly intermingle—that is just how it is and we’ve learned to successfully function as a team in each of these spheres.

Remaining united is the most critical ingredient to sustaining a devoted relationship in the midst of running an organization. There are ebbs and flows in marriage, and they become even more amplified when you combine the pressure of a business. But with commitment, patience, endurance, and intentionality, it is possible to succeed in both.

Read more about this at articles.bplans.com.